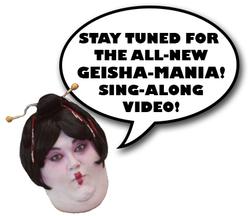 Funny you should ask.

Lady Geisha (aka comedy rapper Zoe Black) describes herself as a "fabulous quirky underdog with killer biceps" -- and in a sea of Beliebers and auto-tuned clones, who doesn't love a long shot?

Not that Lady Geisha is making a cultural or political statement in any way. Ms. Black originally created her as a cartoon character quick to spew one-liners. With a natural propensity for the preposterous, she wrote an absurd theme song and brought the wacky rapper to life.

"Lady Geisha's an obnoxiously funny fashionista-of-sorts who chooses to view the world through diamond-encrusted glasses. (Preferably Gucci.) She's edgy, over-the-top, and celebrates luxurious living ... yet is able to laugh at herself, a very endearing quality. Lady G-Lo knows she's ridiculous but thrives on pushing people's buttons to prove life's a lot better with laughter. She's like Weird Al -- on estrogen."

Determined to make 2014 "The Year of the Geisha," Ms. Black is releasing several new singles this fall, with lots of other surprises in store. "Stay tuned for more insanity. I love, love, love making people laugh. There's NO age limit on having fun ... I just did it in a sushi bikini." ​ 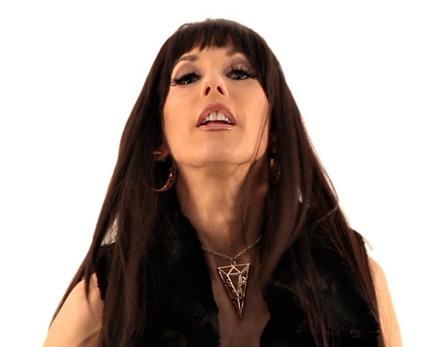